What the fuck is this now? Bludgeon goes english?

The Answer is: Yes. For a little while. There’s a guy in Australia. He has his own Music-Blog. A very fine one. I was sending some replays, and he invited me to write about my own classic albums:

What are my favorites of all time?

He wrote, that he tries to read my Blog as well – with google-translator. I know, the Problem is: When I write in accents, the translator is telling crap.

So I want to enjoy the brave William from Australia with this one:

My Favorites – Experience of a music-junkie

First I must declare to all of the other readers around (hope, there are some of them), that I use my eastgerman schoolenglish. Expended with some phrases from reading CD-booklets and talkexperience with people from Ireland, where every couple has its own accent. Enjoy the typically german mistakes, I don’t find.

1. Favorites of all time? I start with BOWIE, I think. 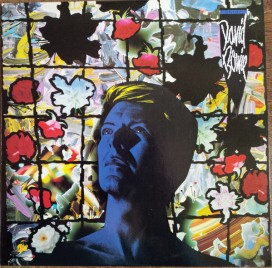 As a longtime Fan of his music, there is no other option. But wich Album should I choose? Hunky Dory – „Heroes“ – Scary Monsters – or the offically lausy tonight-album? Its Christmas. I’m in a melancholy mood: So I decide: Tonight! The reason why I love it, is: When it came out, I bought it in the Intershop and I played it round and round in a time of professionally beginning. Germans call that Phase: Praxis-Shock. Bowie wasn’t on top anymore at that time, but music and lyrics, as far I understand them, got some couraging effects to me.

2. The other longtime fellowship connects me with IAN HUNTER. From that summerday in 1976, when I was listening to „once bitten twice shy“ for the first time till today, for me – he is the real Bob Dylan, if you know, what I mean. 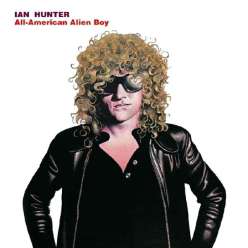 A very good poet, with more whrat in his lines than Bob. All American Alien Boy – Shrunken Heads – Man Overboard; on these 3 Albums are my 3 favorite songs. Today I decide to All American Alien Boy, because there is „You nearly did me in“ on it. The best arranged Rocksong ever been written. Queen and the girls of Joe Cockers backing group are yelling in the background. Unforgettable! Bowie discovered Ian Hunter once while he was the singer of Mott the Hoople, and Bowies guitarrist Mick Ronson became best buddie of Ian for a lifetime, till Mick was dying by cancer in the 90s. On the rare „Artful Dodger“ Album is a track „Michael Picasso“, a Memorialsong to Mick Ronson, because he was a Painter and Art-Collector too.

3. I stay in the „Bowie-Family“ for a while: Also LOU REED was involved in that Androgyne Shock Thing in the early 70s. „Walk on the wild side“ is a good song, but the record is only average to me. In the late 70s they played „streethassle“ on the radio, another masterpiece of Lou, but the other songs on the record – same as it ever was. But: Then came 1983! „Blue mask“ reached Germany! Slap in the face! Lyrics and music unite in a absolutly perfect way: steel-concrete-bass-guitar to the amok-murder-nightmare-poem on the titletrack – mindblowing! His most perfect record! All the other songs are telling bout his midlifecrisis, where he was trying to forget his gay side, (he was scared about this first Informations bout getting Aids if you stay gay at that time) so he married a woman and finds out: It don’t works, but it must… sitting on deadend street of his biography…

4. Everytime I write about „blue mask“, I must write next about „the innocent age“; DAN FOGELBERG came out at the same time, and with the same theme: Midlife crisis; but in a softer way then Lou. Two egg twins musically seen. Fogelberg was doing an double album with lots of very good songs. I’ve heared them a million times, and can’t get enough: „Ghosts“ is my favorite; than came „Same ol‘ lang syne“, „Lion‘s share“ „the leader of the band“ …

5. Stay awhile in California: The next name is Jakob Braune, better known as JACKSON BROWNE, born in Westgermany, raised in California; one more 1. class poet; „The Pretender“ Album is the best, because there is the „You bride baby blues“ on it. „If you can see me, show me the hole in your gardenwall and pull me through.“ It‘s the song I miss on the „innocent age“ Album. Return to childhooddays; forget that dayly anger – once upon a time you had no problems: Back in the garden! Browne wrote about a melancholy loveaffair. At that time his wife was dying by overdose. So JB feels guilty because as a junkie himself he teached her using drugs.

6.More Rock! THE ALLMAN BROTHERS BAND! Many good records! My favorite is „Where it all began“; no boring bluesparts in the middle: Most of the songs written by Warren Haynes, the magician on the 2.Guitar; its the father & son thing:

Every father dreams, that his son comes after him, doin‘ the things like he once used to do and shared his experiences, but it never comes that way. And the other Thing is: I’m a Wannabe-Allman-Band-Member; I don’t play any instrument, but: everytime I see the Rockpalast-DVD „Dickey Betts and the great southern“ or everytime I listen to one of the 8 or 10 CDs I own, I wanna be as cool as they. Probably I die trying. (Same thing with Lynyrd skynyrd … or this Brother-Project of the van Zant Dudes: „Brother to Brother“; ass kickin‘ cool Album; but I see I lose the path now.)

7. More Rock one more time! Cooking with fire! Heart-/Hardrock from Seattle! Ann & Nancy Wilson founded the female Version of Led Zeppelin -HEART- in the middle of the 70s. Don’t be afraid ’bout that cheesy Name.

The Music matters! When I saw them performing „Magicman“ on TV in 1976; I fell in love with Ann Wilson, a real beauty at this time; the beauty faded over the years,  the impressions from the music are staying on. My favorite record ist „Dog & Butterfly“, because it was the first of eight (right now) I could buy. Before the Wall in Berlin came down. The record starts with a live-explosion-track „Cooking with fire“, (maybe it’s the best kind to start a record) than the following tracks are good rocking studiotracks, the titletrack is a long smooth acoustic ballad, and in the end on the B-Side is „mistral wind“ waiting for you; a 7 minute bombast killer in the kind of „stairway to heaven“.

Best, most interesting Band to me for all time! Today I choose „Keys to ascension II“ as a favorite, because its a double Album of both worlds. On the first record you got perfect mastered live-versions of the legendary 70s Material, and on the second record you listen to perfect newer songs from the 90s (in the 80s the Band was down), when Yes re-united and reached old qualitylevel  (sadly only for a short period). Klick here for video.

9. German Prog sung in english language: ELOYs Masterpiece „Ocean“, a legendary westgerman Album, down criticized all over in the media but highly loved by the fans of the Band. I’m not a total Eloy Fan, but I love that Album as well. Its a conceptalbum about the downfall of Atlantis. Sung in english with heavy german accent. But: Who cares? Only Musicjournalists! Not me!

In 1977 LIFT (from Eastgermany) created a sound between Genesis and Yes and wrote their own tracks on a high quality level. Two very good records came out 1978 and 1979. Then unfortunatly a heavy car crash destroyed the carrier of the Band. Two members dead. They replayced them, but the new Band never reached the peak of „Meeresfahrt“ (Oceancruise) in 1978 again. Six months before the crash I saw them in concert and it was the most importent concert-event ever to me. Here I’ve seen the first perfekt lightshow. Here I’ve heared Genesis- and Yes-Tracks live and professionell played. It was before the wallfall; „Cold War Times“; none of the famous Groups of the West want to play on the Eastside of the Wall. So East-Rock-Bands had to fill this cultural hole. And some of them had done it very well! The audience was very small, only 53 persons, in a room with space for 300 but very kind to the Band: „We want more/we want more/ we want more!“; at the end of the concert, and the Band came back 3 times… the closingtrack was „living for the city“ (the old Stevie Wonder Hit) , but totaly new arranged in a way like Genesis used to do that song … Great Evening! When ever I play one of these two CDs now I sat back in the Rathaussaal in Schkölen 1978.

For now I close my rumplecummer door.

To be continued if you want it. I’m waiting for comments. Merry Christmas.

A Readmill of my mind

"We are such stuff as dreams are made on, and our little life is rounded with a sleep."

IN MEMORY EVERYTHING SEEMS TO HAPPEN TO MUSIC -Tennessee Williams